Our client Erika Cox, recently worked with us to design for her daughter Emma's 10th birthday a "Glitz & Glam" themed party. Thank you Erika and Emma for sharing with our readers your pictures as well as an account of Emma's special day!
Twelve little girls came over after school and were greeted at the door by "Security" (a very dressed up middle school neighbor boy) holding a clipboard (adorned with the party logo). As they entered, he asked if they were either a designer or a model. They gave him their name, got checked off the list and entered the fashion House of Cox! 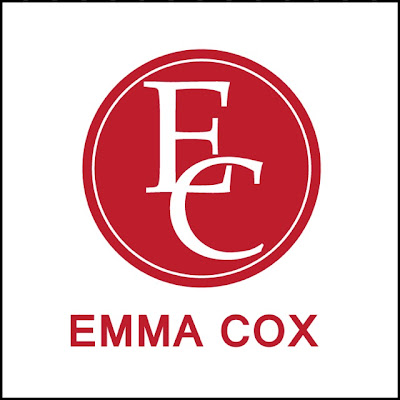 The logo of the party (EC) was utilized throughout the party, from a glittering star on the front door, to the label on the back of the check-in clipboard. The logo also was put on the thank you cards as personalized stationary. 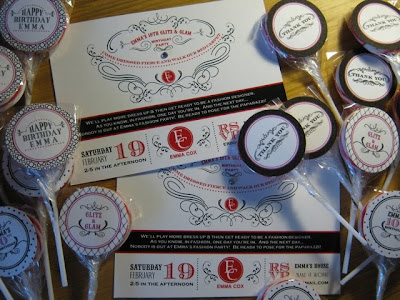 Snacks were around the makeup table & out by the photo booth! The lollipops had logos from the party like "Emma's 10th birthday" "Happy Birthday Emma" & “Glitz & Glam.” 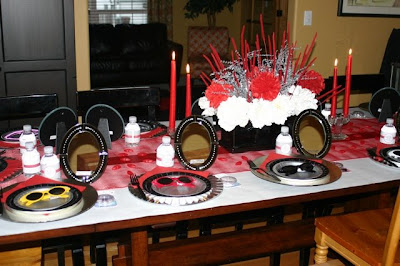 On the table were their party favors: sunglasses, makeup & a mirror that said, "Being a good friend is ALWAYS in fashion." 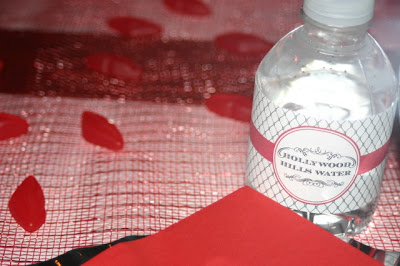 Being a model is hard work, so it was nice to have water bottles on hand: “Hollywood Hills Water”, “Project Rainwater” & “Designer Water.” 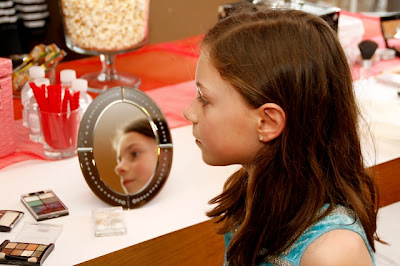 The girls played dress up with heels, jewelry and outfits that they mixed and matched. Makeup artists were standing by to add some color and sparkle to their faces. Then the girls were ready to walk the red carpet! 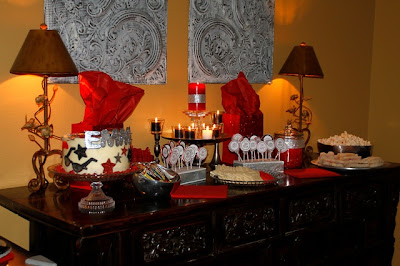 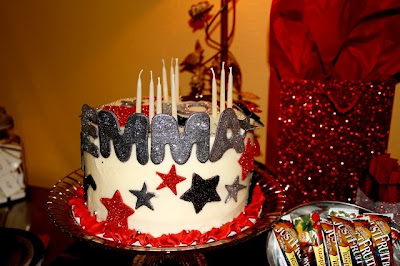 Erika's cake baker hit it out of the park! The cake accommodated their diet (being egg free & GF) which is a bonus because not only was it gorgeous but it tasted amazing! She also added some egg free, gluten free cookies that said EMMA'S TENTH and little red buttons. Red lips (cinnamon gummy candies) were scattered all over the table. 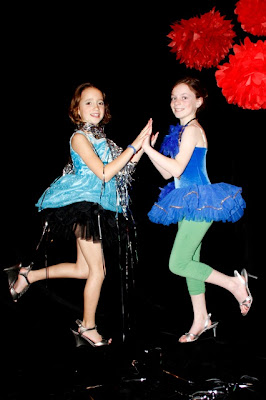 Music was pumping in the background of the top party hits to keep up spirits and it really encouraged imagination, creativity and support!! 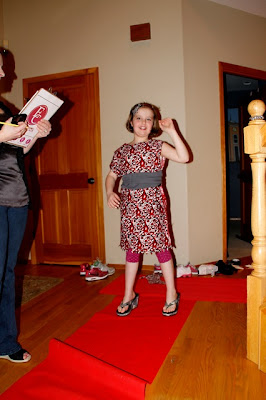 Before eating cake we played a “Project Runway” game where 4 teams of three had a time limit, material and duct tape and designed a “dress for the Oscars”. This was so fun to watch because each team was in a different section of the house so they didn't know what the others were doing and they ALL did such diverse creations. When the buzzer rang, the designers sat on either side of the runway as their model was introduced. The girls all clapped, more pictures taken & then it was time to have cake & open presents. 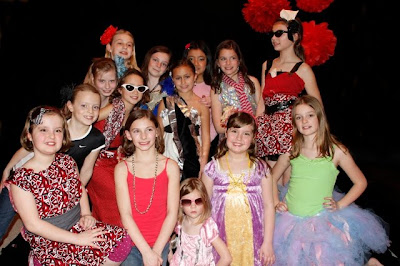 The birthday girl, Emma, and her friends! 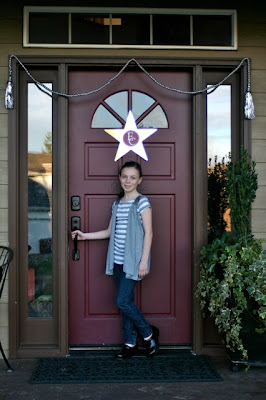 The girls were in great spirits, the creativity was amazing, the generosity in helping each other get dressed was encouraging, and overall a total blast! What a "Glitz & Glam" 10th birthday party for Emma!

Posted by Anders Ruff Custom Designs at 3:00 AM

Very Cute! You don't often see cute, fun parties for the "tween" years. But I LOVE this one, and it looks like the girls had a blast!

As Bogusław said, this mod will probably never come out.
business-east |