We were over the moon when we were asked to design for Kimberly Schlegel Whitman custom printables for her son JR’s third birthday party. Kim, who lives in Dallas, Texas, with her family is an amazing woman whose accomplishments are quite simply, extraordinary. You can read more about Kim here.

JR is one special little guy, and for his third birthday Kim planned for him an astronaut themed party (utilizing an orange and blue color scheme). When JR was born, his grandparents, who are friends with THE Buzz Aldrin, were able to give JR an autographed photo from Buzz that reads “Welcome to this World.” PRICELESS!

With Kim’s theme in mind, we designed space ship and star labels as well as labels with JR's initials that she printed on sticker paper to give to each child as they arrived at the party. 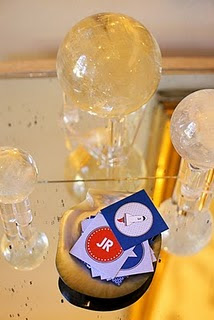 We also created for the food stations "space shuttle" tent cards. Wood fired pizza was the main course; however Kim kept it healthy with "Vegetable Venus" (veggies and squash). 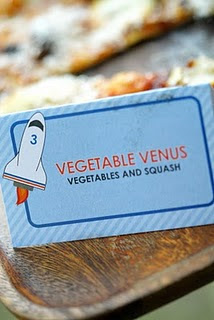 Kim had Society Bakery make nine “planet” cakes, each representing a planet in our solar system. Can you say a cake for every season, er....planet! 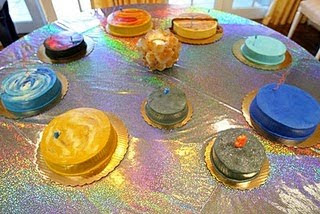 One of my favorite features at JR’s party were three alien head centerpieces, custom made by Junior from the Garden Gate. 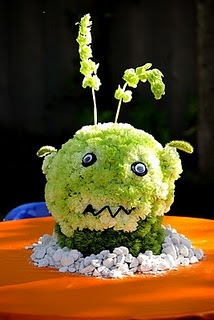 Here is a picture of the hostess with the mostess herself, Kimberly Schlegel Whitman, preparing to serve the little space kadets astronaut ice cream. (Always my favorite thing to buy during visits to the Smithsonian National Air and Space Museum in Washington, DC, but I digress.) 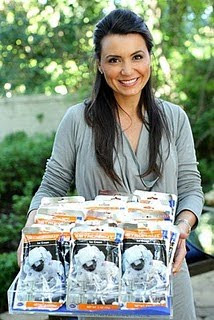 Check out JR in costume; however not just any costume. His costume is an exact replica of what Buzz and Neil Armstrong wore when they landed on the moon. 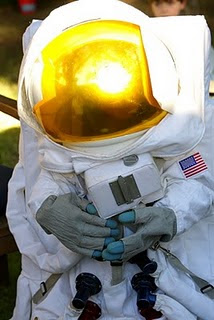 Kids need a place to romp around, especially three year olds! Kim filled her backyard with "space" tents and inflatables. 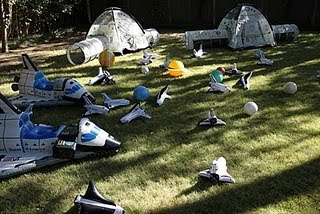 As each guest left the party, they were given a popcorn party favor. Kim attached to each favor our luggage tags, which we personalized for each child. 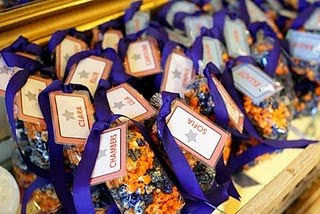 Kim, you are out of this world! You can plan my birthday party any time! Thank you for letting us share with our readers photographs from JR's special day. It looks like everyone had a BLAST!!

This is truly good content and informative weblog, I praise what youve done here, along with sharing great material with excellent suggestions and concepts, Im truly pleased to post my comment on this weblog, many thank yous to the author.
Ads Profit Reward |

Thanks for any other informative site. The place else could I get that kind of info written in such a perfect manner? I have a mission that I am simply now running on, and I've been at the look out for such info.
http://www.e-businesssl.com |

Thanks for the information
7thhome.com |

Thanks! i just discovered this game and have been playing for a while now! very entretaining! GREAT job!
ageinvestment.com |

Hi,this is AIZAH. I am actual page rank Backlinks provider,I am giving the warranty that all links are powerful and ranked your site with a days.
ecohawaiitours |

Don’t forget the legion of Gothic fans out there keeping an eye on you/this, and let us know once in a while you’re still alive hehe!
wfashion |

Blackberries are perennial, meaning the same blackberry plant will continue to bear fruit year after year. They produce fruit from late summer to early fall and grow from 4 7 feet tall. They grow best with full sun and in soil with good drainage, in regions with minimum temperatures ranging from 20 to 20 degrees.
v-travelled |

I am so filled with joy I had the luck to make a discovery of this excellent website. It is uncommon to see blog owners who have the aptitude to discuss problems as honestly as you my friend. Useful info calls for yet another visit to your blog!
hotel-travel-america |

Really impressed! Everything is very open and very clear clarification of issues. It contains truly information. Your website is very beneficial. Thanks for sharing.
housecallhomecare |

I just wanted to let you know that what you do really affects peoples lives and that people - like me - truly appreciate it.
hbc-business |

I just read your blog and get the information which searching everywhere. Now it’s become on my top preference of reading for acquiring the updates without hassle.
adsprofitreward |